The Highland Games of Scotland have a notable history and dancing, piping and athletics all feature heavily in this history. Fanciful descriptions of gatherings from the earliest of times exist but an account from the time of King Malcolm Canmore in the 11 th Century tells us he would pick his personal bodyguards from the results of the tests of strength.

As it is today, it was felt that great prestige could be gained by showing a good standard in sporting competitions. An envoy of Henry VIII brought with him picked men, expert in wrestling, leaping, shooting and shot-putting in a competition against the pick of Scottish athletes in a sporting competition. The result? The Scots won.

Bonnie Prince Charlie watched his men compete in athletics while passing the time between battles. The defeat of the Young Pretender and his Jacobites brought about stricter Acts of Proscription - the playing of bagpipes, wearing of the kilt and the gathering of persons were all banned. Offenders were deported to the colonies and many cultural traditions were severed - including the highland games.

By the 1760's it became clear that that there was a need for a determined attempt to retain certain aspects of Scottish culture. It was not until the 1780's that Highland Societies began to play their part in encouraging the gatherings we know today. In 1819, the St. Fillans Society promoted a full scale Games with Piping, Dancing and Athletics. By the 1820's, there were Highland gatherings extensively organised throughout the country. The visit of King George IV to Edinburgh in Highland dress gave public knowledge to the cultural revival.

The Mull Highland Games club was formed in 1923.

Mull Highland Games retains much of the community spirit; it is less impersonal than many of the larger games. As it was then, it is run not for profit by volunteers. It is also the case that islanders see themselves in a brighter light than the dull glow of others.

Mull is home to several clans with the preeminent one being MacLean of Duart. The Chief is Sir Lachlan MacLean of Duart and Morven a huge supporter of and hereditary Chieftain to Mull Highland Games. 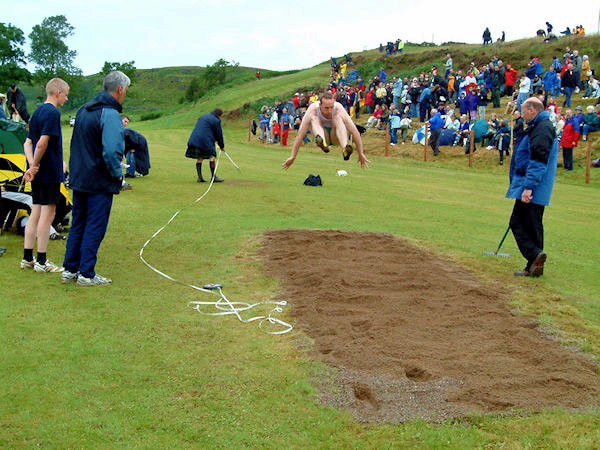 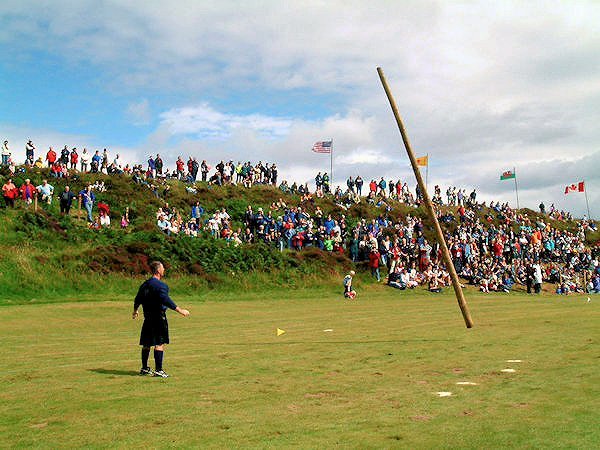